Founded at St. Michaels Church in 1997, the Khayelitsha Craftmarket has since become an important part of the community. The craftmarket provides a great opportunity to see how bead works, paintings, sculptures and wire art are handmade. Besides manufacturing and selling arts and crafts, the crafters use their skills to teach other interested members of the community so that they can learn and maybe also make a living out of it. 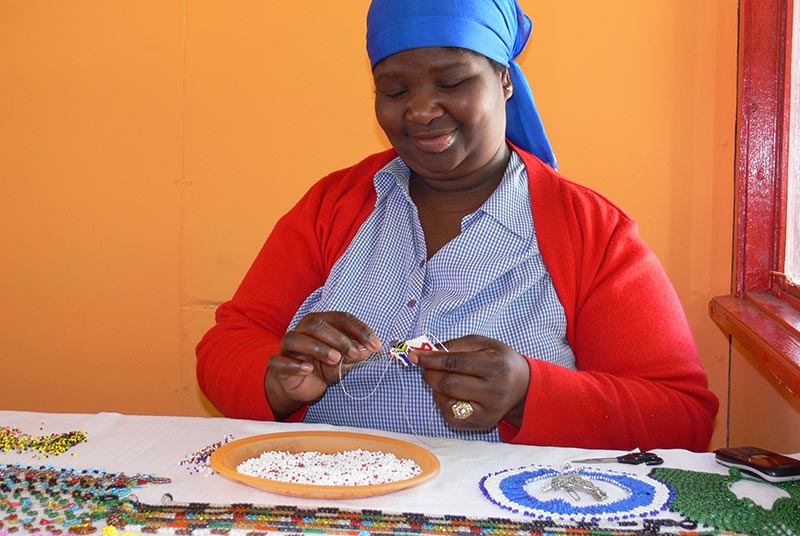 Often the money that the artists make selling their crafts is the only income for their families. Therefore if our guests are looking for souvenirs or gifts, we always advise them to have a look in the townships first to directly support the families of the artists and crafters.

Philani is one of the oldest and most well-known projects in Khayelitsha. It was founded by a medical doctor from Sweden in 1979. The project helps single mothers, mothers who are HIV-positive and foster mothers of AIDS orphans to generate an income.

The project is visited and supported by advocates such as Queen Elizabeth II, Princess Madeleine of Sweden, the Dalai Lama and former First Lady of the US, Laura Bush. 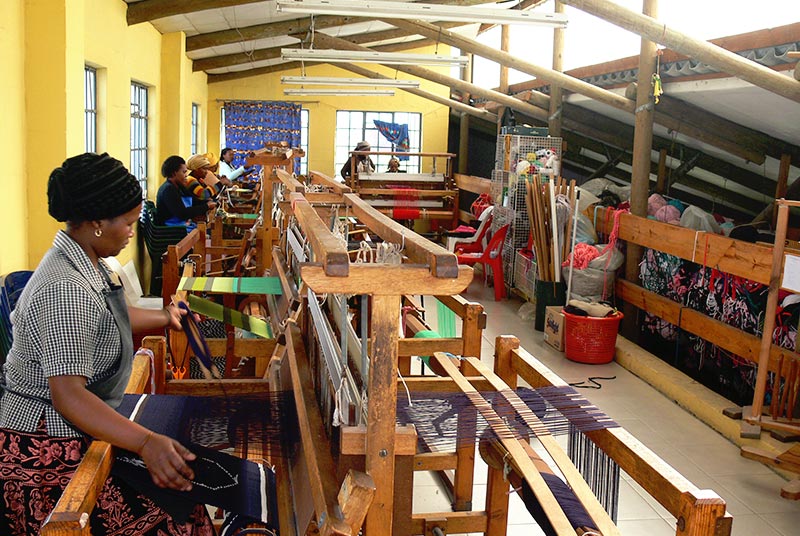 A special aspect of this project is the integrated kindergarten, which allows mothers to work her, knowing that their children are taken care of on the same property. Medical help and advice for a healthy nutrition is also available in this project. 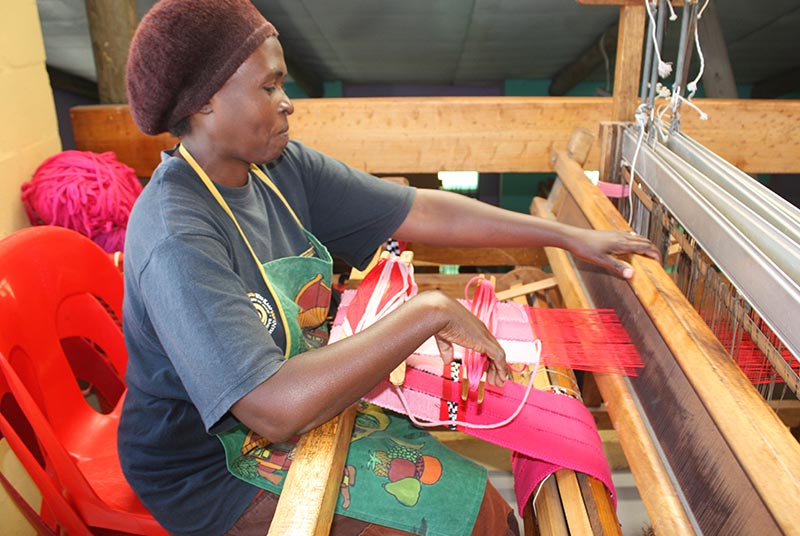 The mothers mainly manufacture hand woven tapestry, runners and carpets. Others print on fabric and manufacture table cloths or aprons. All products are sold at the shop of the project, the mother who made the sold item will get a share of the price.

Happy Feet was founded in 2007 by 8 members who learned how to perform a gumboot dance, a typical form of dancing in South Africa. Since then the group has expended to more than 40 members. Other than performing gumboot dances, they also perform traditional dances and play soccer.

The members are boys and girls who are between 4 and 16 years old who come from the poorest areas of Langa. 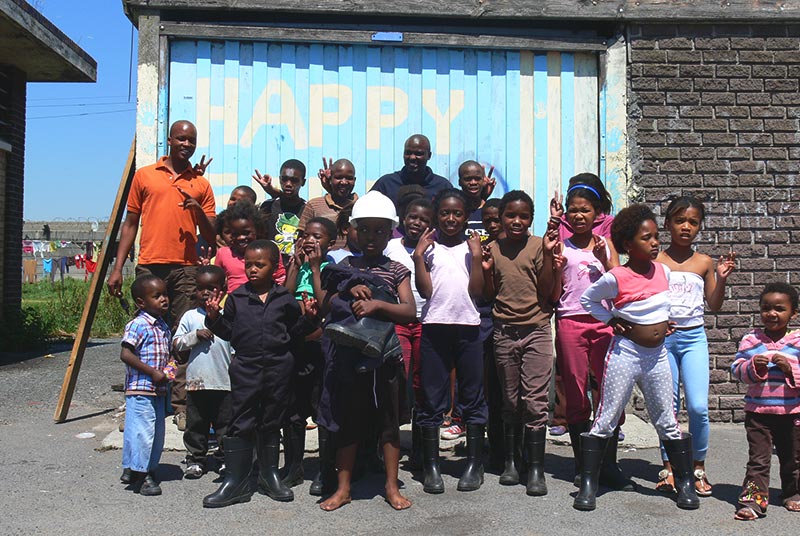 The purpose of this project is to keep the children away from the streets, alcohol, drug abuse and crime.

Under the mentorship of Siviwe and Nathi (both local township guides) these children have developed skills which can help them find success outside of the township setting. They already have already performed at the Universities of Cape Town and Stellenbosch, at festivals and company events. Highlights from the last two years include performances at an art festival at the Artscape theater, the biggest theater in Cape Town.

The children also learn to work in a team, discipline and to respect one another. Handicapped and HIV positive children are also integrated in the group and learn to accept each other. Other than buying equipment and food, earnings are also spent on excursions, helping to improve the group dynamics. The poorest families are also supported with clothing and school fees for their kids. 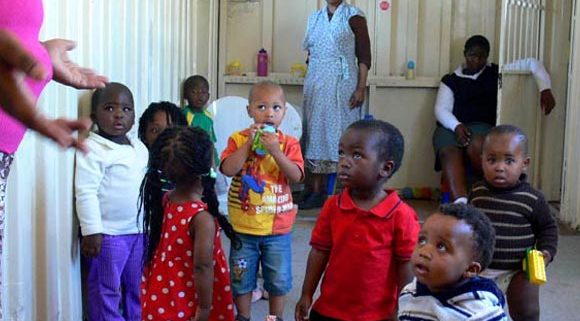 Joe Slovo is a township in Milnerton, about five minutes drive away from our guesthouse. Tourists usually do not visit this township, so that’s the reason why we chose to support this kindergarten.
Cynthia has been in charge of this kindergarten for more than 11 years where she looks after more than 50 children between the age of 1 and 6 years old.

The kindergarten is located in 4 old containers, which have become rusty and leaky, making it not worth sealing. There is no water and no toilets, so all of the children have to use one outside bucket-system toilet.

For more than a year we have been negotiating with the municipality about a free piece of land in the township for the kindergarten, where we would like to erect a proper structure with a kitchen and bathrooms. This can still take some time, so we are trying to get and save donations for our plan. Only extremely urgent repairs are done in the meantime.

Investing in the education of children is the most important component to secure the future of South Africa. Only with improved education can the level of poverty and its problems be solved in the longer run…